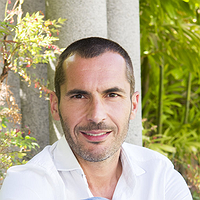 Dr. Pérez-Roth began his research in the field of Microbiology at the Research Unit of the HUNSC (Hospital Universitario Nuestra Señora de la Candelaria), obtaining his PhD in 2006. Later on, in 2008, he was awarded with the prestigious national postdoctoral agreement Sara Borrell (Instituto de Salud Carlos III) joining the research group BioLab in the IUBO-AG (ULL), where he contributed to starting the new research field aimed at finding new molecules with antimicrobial properties.

For more than 15 years he has been devoted to the study of antibiotic-resistant bacteria, and has been coauthor of approximately 30 scientific articles in prestigious journals within the field of Microbiology and Infectious Diseases. Dr. Pérez-Roth has taken part in a great deal of both local and national projects, as well as participated in stays in various research centers.

He currently lectures Microbiology at the Biochemistry, Microbiology, Cell Biology and Genetic Department of ULL. There, he leads the research group Clinical and Molecular Microbiology where diverse studies dealing with antibiotic-resistant microorganisms are developed.

At BioLab, Dr. Pérez-Roth is responsible for performing antimicrobial activity assays whose goal is to find molecules with pharmacological potential.