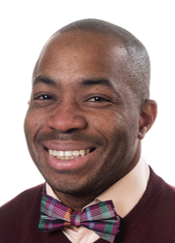 Head of the Bioprospection Division at BioLab

He has twenty years of experience working in Pharmacognosy. His experience is supported by several academical projects focused to the extraction, isolation, and structural characterization of bioactive natural products from plants, endophytic fungi and cyanobacteria. He worked at the University of Havana, University of Cádiz, University Autonomous of Madrid, and in the Higher Council for Scientific Research with Professor Clara Nogueiras, Francisco A. Macías, Angel Rumbero Sánchez, Dra. Azucena González Coloma, respectively. He has also worked as a postdoctoral researcher at the MEDINA Foundation supervised by Dr. Fernando Reyes Benítez, at the Rothamsted Research center (UK) supervised by Dr. Jane Ward and later he joined to Andrew Truman´s Group at the John Innes Center, Norwich Research Park (UK).

He currently works as a lecturer at the Department of Physical Medicine and Pharmacology of ULL. His research focuses on the bioprospection (bio-guided isolation, structural characterization using spectroscopic techniques) of bioactive natural products obtained from plants. As a result of his research work, he is co-author of several scientific publications in the field of Natural Product Chemistry in high impact journals.